A foreword of substance and in exclusive publicity the correspondence letter of the Australian Lawyer Mr John Cokburn!

2001 while visiting in Greece with the Minister of sports Mr. Fouras and General Secretary Mr. Sgouros the then President of the International Amateur Muay Thai Federation (IAMTF) General Tienchai Sirisumpan had said that “the boxing of thailand is known the world over and that we would desire in the olympic games embraced by Greece that the boxing of thailand marks the beginning (Athens 2004) as part of these Olympic Games and naturally the Asiatic Games”.
The MuayThai represents part of the history and the cultural heritage of Thailand for hundreds of years, as is with most of the traditions of antiquity.
Numerous different accounts exist of the history of MuayThai but all the sources agree that MuayThai was the very preceding and most effective method of self-defense that was used by the warriors of thailand in the fields of battle and conflict from the wars that happened countless times in the whole history of the populous, of the Kingdom of Thailand.
During that period, a manuscript of war was written named as “Chupasart”.
That manuscript underlined the warlike utility of individual body parts. The subjective philosophy of that manuscript underpinned that the battles are something more than the use of weapons, but important to possess full acquisition from the mind, body and the soul.
Regarding the IAMTF/IMTF
An international meeting materialised in 1995, in Thailand with ranking amateur federations and correspondents from around the world that participated for the first time in the kingdom of Thailand engraving the unceasing history of amateur MuayThai.
The proceedings epicentre’d in the first constitution, rules and regulations for the foundation of the sole world federation as amateur sport, the International Amateur Muay Thai Federation (IAMTF). In 1995 the official foundation of IAMTF was made reality.
At some moment after 1999 already counting with outstanding success and monumental world participation 3 world(IAMTF)amateur championships in Thailand, there pops up one small national and without development, local compound of MuayThai with the surname IFMA who disputes and prime starrs as world figure outing an international federation scent, something that was never a reality especially at that time period…
Afterwards the river changed flow, as followed by a disastrous politic of global decimation on international scale for the national sport.

Unfortunately the members that didn’t belong in IFMA got conned by the very government of Thailand and from the Olympic committee of Thailand, as they permitted to disintegrate their own cultural legacy on a foreign carrier(IFMA outside Thailand) where today with announcement from their ministry of Sports and Tourism(Νο.Kor Kor.5110/11) , confirm aptly that IFMA is not recognised under the Laws of the Kingdom of Thailand!

As a result today to not already have a solution for the national art specially at a moment where other federations such as IMTF exist furthermore in Thailand itself whom they have the lawful right of development of this very cultural heritage.

Does there exist hope for a new generation of world champions, trainers and general participators who contribute the unified development of MuayThai, worldwide?

That until and including today hasn’t been answered nor clarified from Thailand itself.

From 1995 until and including 2020 it is imperative that the Kingdom of Thailand gives explanations towards the international community for all those lost years and owes to attribute responsibilities and repercussions to all those who overshadowed the cultural legacy of MuayThai, with target its turmoil on a global level!

We present you in global exclusive the formal correspondence of the Lawyer of IFMA who performed also in the most important role for the recognition of IFMA!
21 January 2020 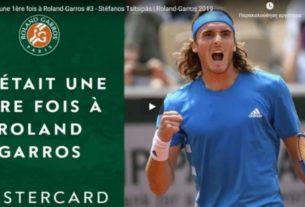 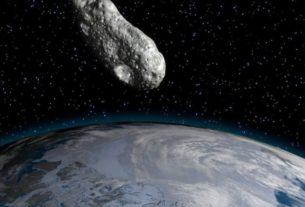